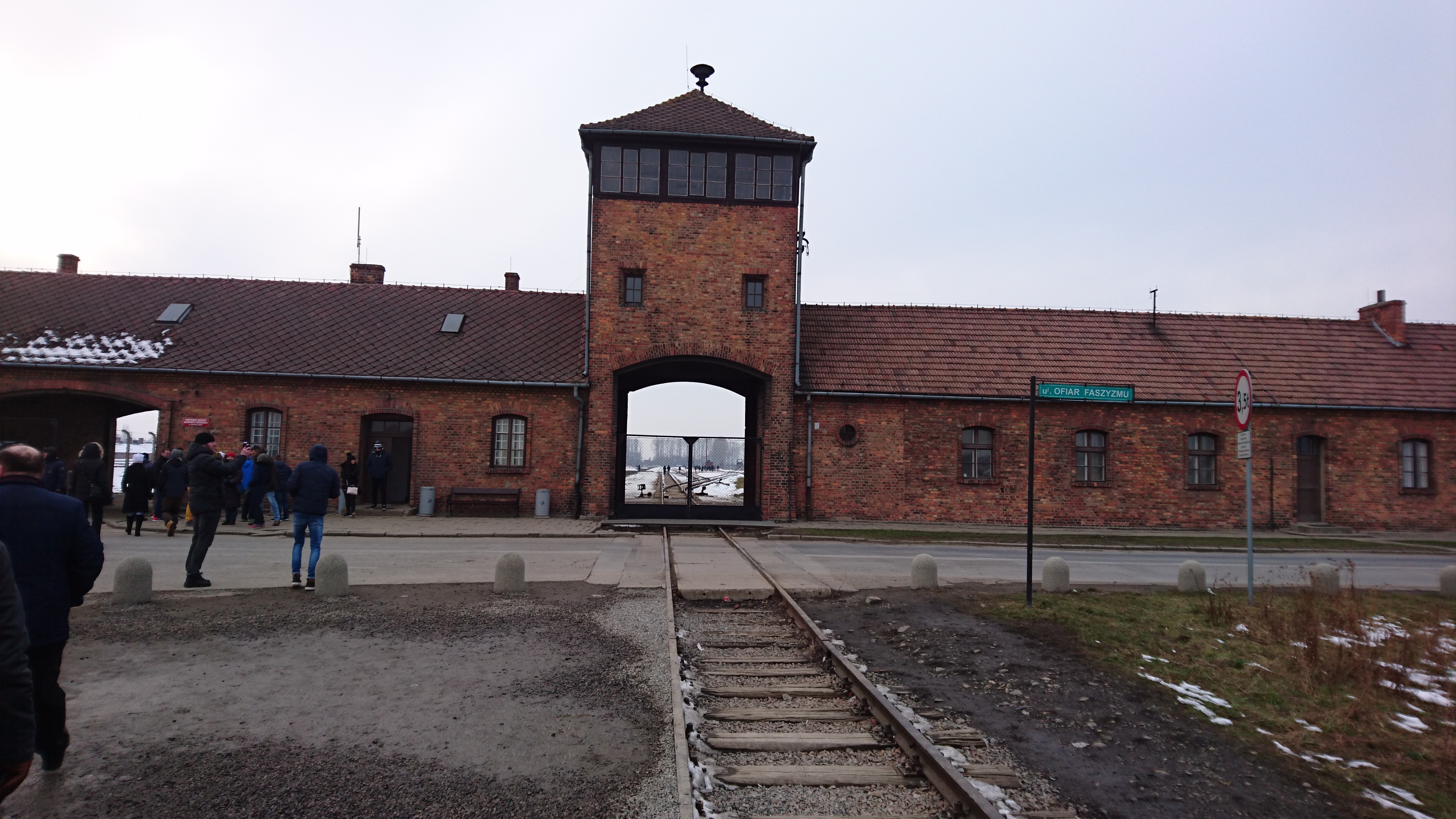 Language, power and the holocaust

I’ve just come back from a school trip to Krakow to learn more about the history of what happened in Poland under the Third Reich.  So much has stayed with me, but one of the more subtle things is the way that language played a part.

It is well documented that the Nazi machine reduced the Jews cockroaches and rats in their rhetoric; vermin to be got rid of, exterminated for the good of the Reich.  Promises were made of a better land without them, of safer homes and more jobs. Language which started off as descriptive became performative.

Performative language is language which has the power to do what it say; ‘I promise…’, ‘I condemn you to…’, ‘I thee wed’. These words are the promise, the sentencing and the marrying, their utterance makes it so.  So the Nazis turned the metaphor of Jews as rats and cockroaches, into performative utterances, no longer merely describing, but making it true and in so doing, making it possible to eradicate them in the same was as they eradicated rats and cockroaches; using Zyklon B; hydrogen cyanide.

Language was used to scapegoat the Jews; blaming them for the failed economy after the World War 1 and refering to them as another race or species.  Polish school children were taught that Jews were carriers of lice and typhus.  Goebbels’s, who was at one time the Propaganda Minister said; “If you tell a lie big enough and keep repeating it, people will eventually come to believe it.”

Then there were the propaganda films about the ghettos and the extermination camp.  They hid the horror and alleviated any shame or cognitive dissonance that the every day person was experiencing. Cognitive dissonance is the discomfort we feel when we believe on thing but then do another.  For example, for a while I smoked and then I was talking to school kids about the dangers of smoking at school.  I felt a right hypocrite and so I quit smoking and therefore got rid of the cognitive dissonance.  I saw the mismatch between my behaviours and my beliefs and so changed my behaviour.

However, another way to get rid of our cognitive dissonance is to change our beliefs or adapt them to match our behaviour.  So I’m really trying to cut down on the amount of plastic we use, but then, at the airport, I bought water in the plastic bottle for the plane.  I told myself that I needed water and that I ‘had no choice’ as you can’t bring water through customs.  This is an attempt to lessen the discomfort.  The truth is; I did have a choice, I just hadn’t got my act together to bring an empty bottle to fill from a tap at the airport.

The Nazi’s manipulated people’s cognitive dissonance about the round ups, the transports and the camps by selling them a story that they wanted to believe, because very few of us want to be believe that we are standing by and letting mass exterminations happen. 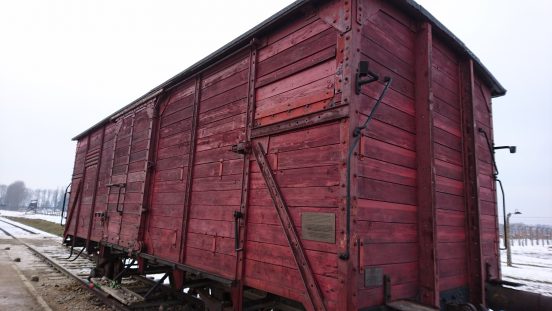 Language was also used to manipulate the Jews; to convince them that they were being moved from the ghettos to a better place; encouraging them to bring all their belongings with them only to have to leave them behind in the sorting for the transport.  Then the lies they were told on entry to Birkenau, that they were to leave the travelling bags here, for after the shower they needed to make sure they could remember where their clothes were.

Michel Foucault talked about ‘Discourses’; the socially constructed ‘truths’ that were manifestations of the power relations in a given situation:

“Truth isn’t outside power, or lacking in power. . . . Truth is a thing of this world……. Each society has its régime of truth, its ‘general politics’ of truth: that is, the types of discourses which it accepts and makes function as true… (Interview, “Truth and Power” 131).

The Nazi’s were in power as a result of their discourses, which in turn gave them more power.

So what does this mean for us?

Not only does this remind me, again, of my own cognitive dissonance and how I ‘forget’ the Genocide when has happened and is still happening in my life time; the Killing Fields of the Khmer Rouge in Cambodia in 1975 where about 2 million were killed, Rwanda in the 1990s, Bosnia also in the 90s, Dafur in the Sudan, Syria, and the Rohingya people in Myanmar and more that I was just unaware of until I was researching this. 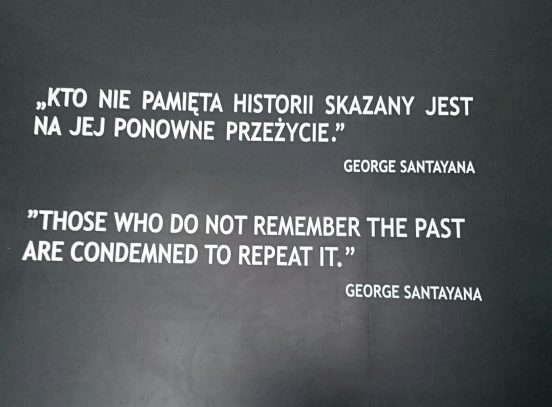 It reminds me that how I use language matters.

It reminds me that it is important to consider the kind of language I want to imbibe, so that although the kids think I’m fussy when I make them turn off music videos which have language in which I find offensive or belittling or objectifying to a particular group, I will absolutely continue to do so.

It reminds me that some things are not a joke and I will not just stand by so that I don’t embarrass people.

It reminds me that every day the news papers, the internet, the news are using language and power in ways which influence me and that I should be wary of this and problematise and deconstruct this.

It reminds me that using our voice is powerful and therefore we need to be aware of the impact of what it is we say.

“The only thing necessary for the triumph of evil is that good men should do nothing.”

And there is another side to words.

I have been to Yadvashem, the holocaust museum in Israel, and on this trip we went to the Jewish museum in the Galicia area of Krakow in both those places I have found stories.  Stories of survivors.  We have all read Anne Frank and now there has been another diary found written by a young girl in the Polish ghetto which sits along side many other biographies and memories by those who survived as well as those who didn’t. Yadveshem has recorded testimonials and stories of the holocaust. 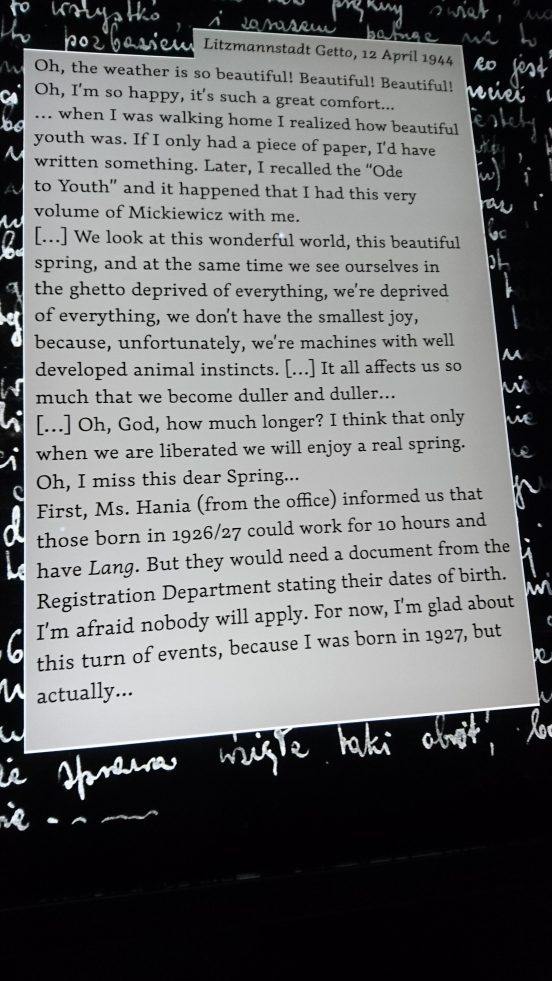 These stories and memories are not only important for the evidence and testimony they bear witness to, but for the teller, the survivor, the speaker, there is a power.

To tell our story and to tell it in our own words is a way of reclaiming our own power because the narrative allows us to give shape to the chaotic, it allows us to edit what we wish to forget and to commemorate that which we want to remember.  I have just finished reading The Tattooist of Auschwitz which is a love story of hope; where the horror is present but in the background; the love is in vibrant colour whilst the horror is in faded black and white.

When we tell our story we get to chose what we want to focus on and what we chose to focus on is then how we chose to live.  Premo Levi’s book focuses on the bestiality that humans are capable.  Viktor Frankl focuses on how we can create meaning out of just about any experience in life and that this meaning can save our soul if not our life.  All three of the men who wrote these books were in extermination camps.  The Tattooist focused on love and went on to survive and have a family and a long life, Frankl focused on meaning and found it by creating a therapy he called Logotherapy,  Levi focused on the darkness in men’s souls and although he survived the camps, went on to kill himself.

Language in not a neutral gossamer veil through which we see the world; it is a powerful tool which constructs our political world, our material reality and our inner perception.  Language is power.

Let us use it wisely. 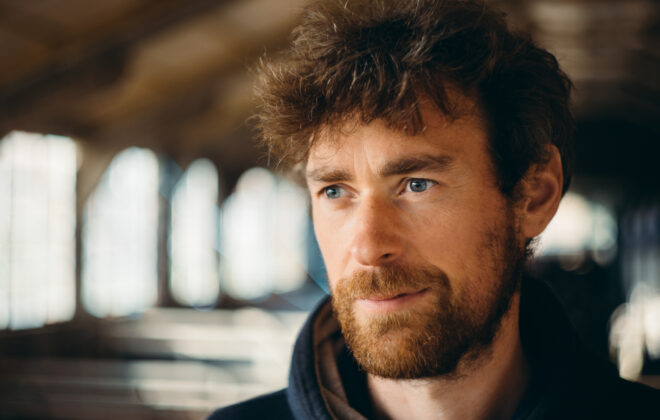 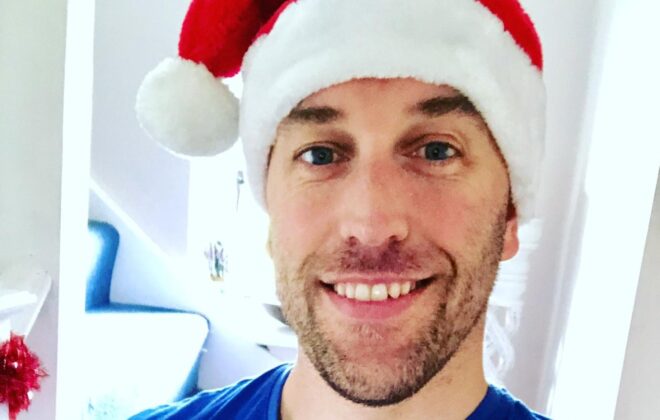 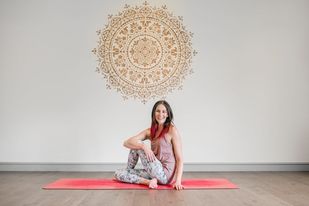 The transformative power of yoga