Home > Endings > Another year over and a new year just begun 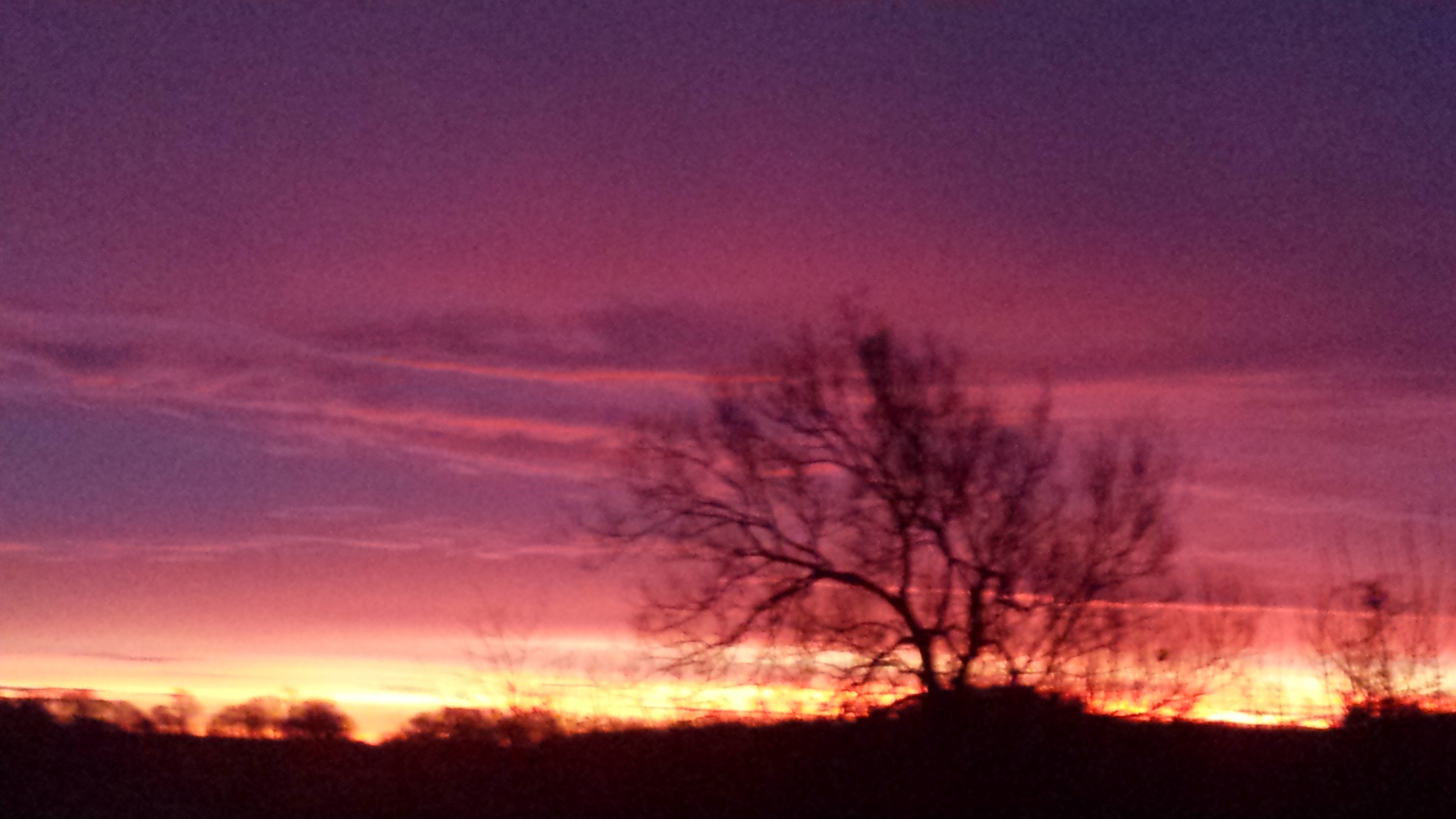 Another year over and a new year just begun

Years ago I went through a phase of reading all of Bruce Chatwin’s books…starting with The Song Lines. I loved not just the travel, but his reflections on his experience.  He used Moleskine notebooks on his travels and I aspired to have Moleskines as part of my life.  It wasn’t until some 10 years later that I treated myself to a red, hardback diary with note page on one side and week to view on the other.  It took until this year to buy a Moleskine, yellow, plane paged, hardback notebook…I feel that part of my dreams have come true!

It is at this time of year that I look back through this year’s diary and note books, transferring birthdays, highlighting key events and making a note of any numbers, people or website which I want to carry forward with me to 2015.

For the first time ever, as I was doing this, I wrote key words on the front cover. Places we have been (Ireland, Barmouth, Bilbao…), jobs I have done (General Teaching Council Wales Mentor and psychology teacher..), new people who I’ve been pleased to meet (Webtech Jenny) and those I’m pleased to get to know better.

There have been significant events this year; Eldest Son has moved to secondary school. This time last year Youngest Son had his arm in plaster, having pins finally removed in February and then promptly falling in love with playing the piano. We’ve gained a dog and a muddy path across the garden.

I’ve done some counseling this year and learned a lot about domestic abuse.  I renewed my First Aid certificate and loved learning more about group coaching.

All in all an amazing year.

I used to make resolutions but I would always feel guilty when they didn’t work out the way I planned.

Instead, at the start of this year I chose a word that I hoped would represent the year and I selected ‘home’.  I also wanted ‘peace’ but it didn’t seem likely.  My counsellor challenged me to accept both, and I did and a year on there does seem to be peace at home more than ever before. But I didn’t think it would turn out that way.  Things that I thought were bad at the time, have turned out to be good…which just goes to remind me not to use labels like ‘good’ and ‘bad’ , but to better learn to roll with the waves of life.

This year my words are music, love and laughter.  I’m not sure what kind of music…I’m going to have at least one singing lesson.  I’d also like to go to some gigs, or maybe even festivals, I want to dance and laugh till my sides ache with people I love being with.  So that’s me.

Gone are the days when I climbed through a pub window to join friends on New Year’s eve when the doorman told us the pub was full (I can’t exactly remember what I told my mum the next day when she saw the bruises).

It’s been years since I went to a house party where the police were called to remove gatecrashers.

We won’t go into the New Year where a bunch of friends started off at my mum’s house on cider at 6pm; the same house to which I was returned at little after 8pm having snogged inappropriate men and then thrown up and lying down to die in the pub toilets (Thanks for getting me home Suzanne…I still owe you for that, and, of course, taking my makeup off).

And even though I don’t know the words..Auld Lang Syne always makes me cry.

Fast forward to life with kids and last New Year was spent with lovely friends and good food and wine, much more civilized and without the bad behaviour.

Which brings us to this New Year. I’m writing this before New Year’s Eve just in case I get an amazing invitation I can’t refuse.  However, it’s no fun having a hang over with kids and part of me feels too old for all that. I’m not sure I could get my leg over the window sill as I used to and as for snogging strangers …

So I might actually stay in. Alone (well, with the kids in bed).

And I’m going to make my own ritual…no surprise there after last week’s blog.  I quite fancy some drawing of what I want in 2015 and some appreciation of what I have.  I might do some photo gazing to remind me of the times we’ve had.  I used to set goals and although I’ve nothing against them, I’d much rather have a vision and a dream which can grow and change as I do.

When I lived in Spain, at midnight, people quickly eat 12 grapes, one at each stroke of the clock. Each one signifies good luck for one month of the coming year. People choke and die doing this every year…you have been warned.

A friend from the Philippines says that for them round shapes symbolize prosperity (because they look like coins) so they heap round fruits on dining tables. Just think how far you could take that; only eating round chocolates and wearing clothes with spots on and round sunglasses…

In Scotland on Hogmanay, the first person to cross the threshold of a home in the New Year should bring a gift for good luck. My mum’s family used to do a version of this she used to call ‘first footing’ which was when whoever was the tallest, darkest, most handsome man at the gathering, got kicked outside just before midnight only so he could knock on the door and be the first person the cross the threshold bearing coal (for warmth), money, a candle and of course, alcohol.

In the village of Stonehaven, near Aberdeen, folks parade around while swinging giant fireballs on poles.  We were going to watch it a few years ago until I scared myself with images of flaming balls setting my children alight (oh to have an over-vivid imagination) so we went to bed early instead.

Some people think that the run up to the New Year is a time to clear away the old to make way for the new.  This is everything from  a thorough housecleaning (unlikely here), paying off debts, returning borrowed objects, reflecting on one’s shortcomings (too many to list), mending quarrels, and in my case clearing out toys and clothes to take to charity.

One friend lists all her negative thoughts and experiences from the past year and lets them go.  She’s done this by: writing them on paper and burning them, writing on loo paper and flushing them away (I like this one!), writing it on a leaf and letting it blow away, blowing bubbles and saying the negatives to the bubbles and letting them dissipate as they burst.

Last week I mentioned the family who have their New Year Oscars.

Another friend meditates his way into New Year (he is, clearly, childless).

I’m not one for focusing on the negatives…so I’ll be focusing on what I appreciate and what I have.  Nor am I the type to be focusing on what more I can have…rather I’ll be thinking of the qualities I want to embody and bring into my life. I might even manage 5 minutes of meditation…one thing’s for sure…the TV will be off.

Whatever you do, enjoy it and may 2015 be your best year yet. 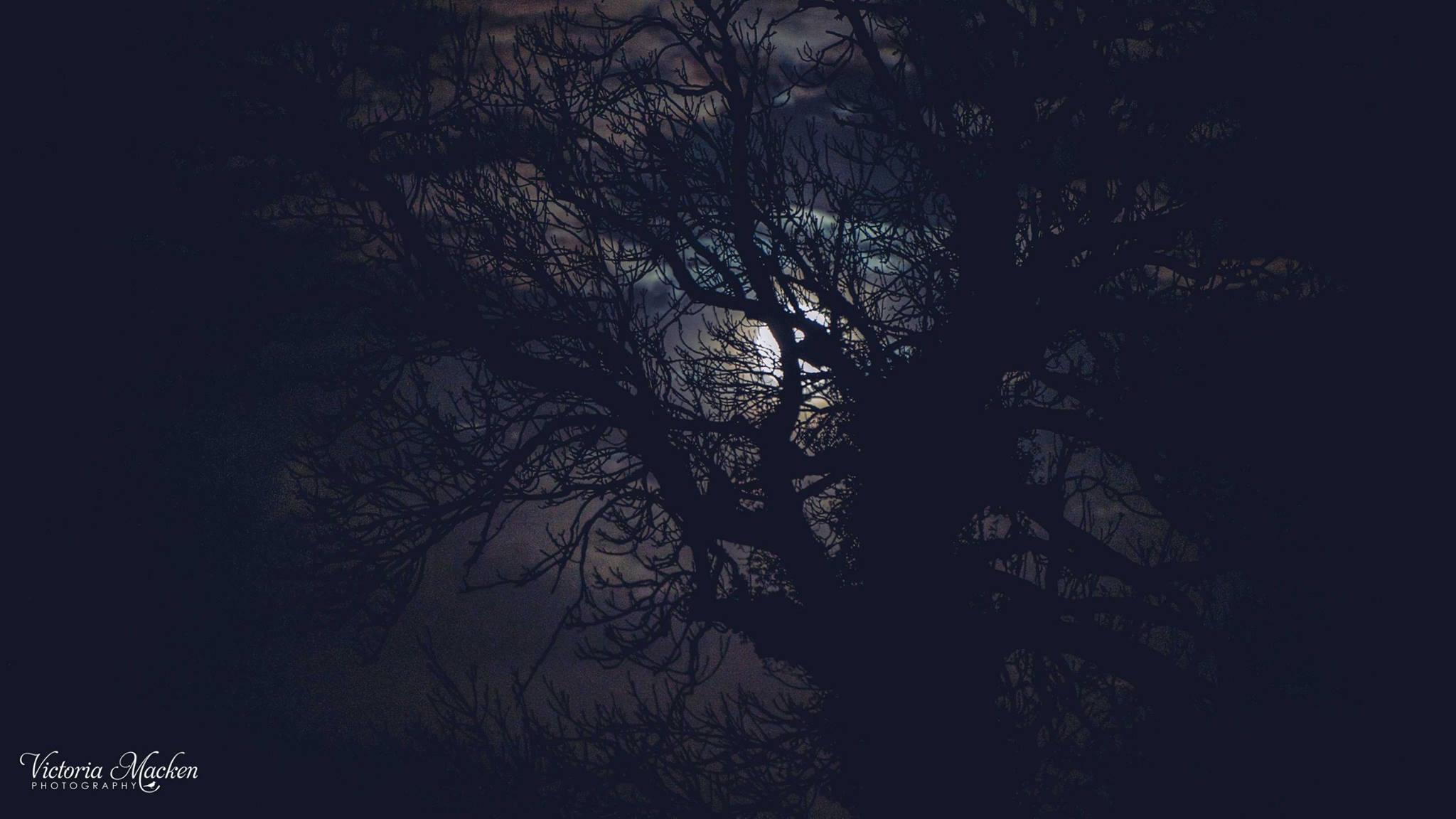 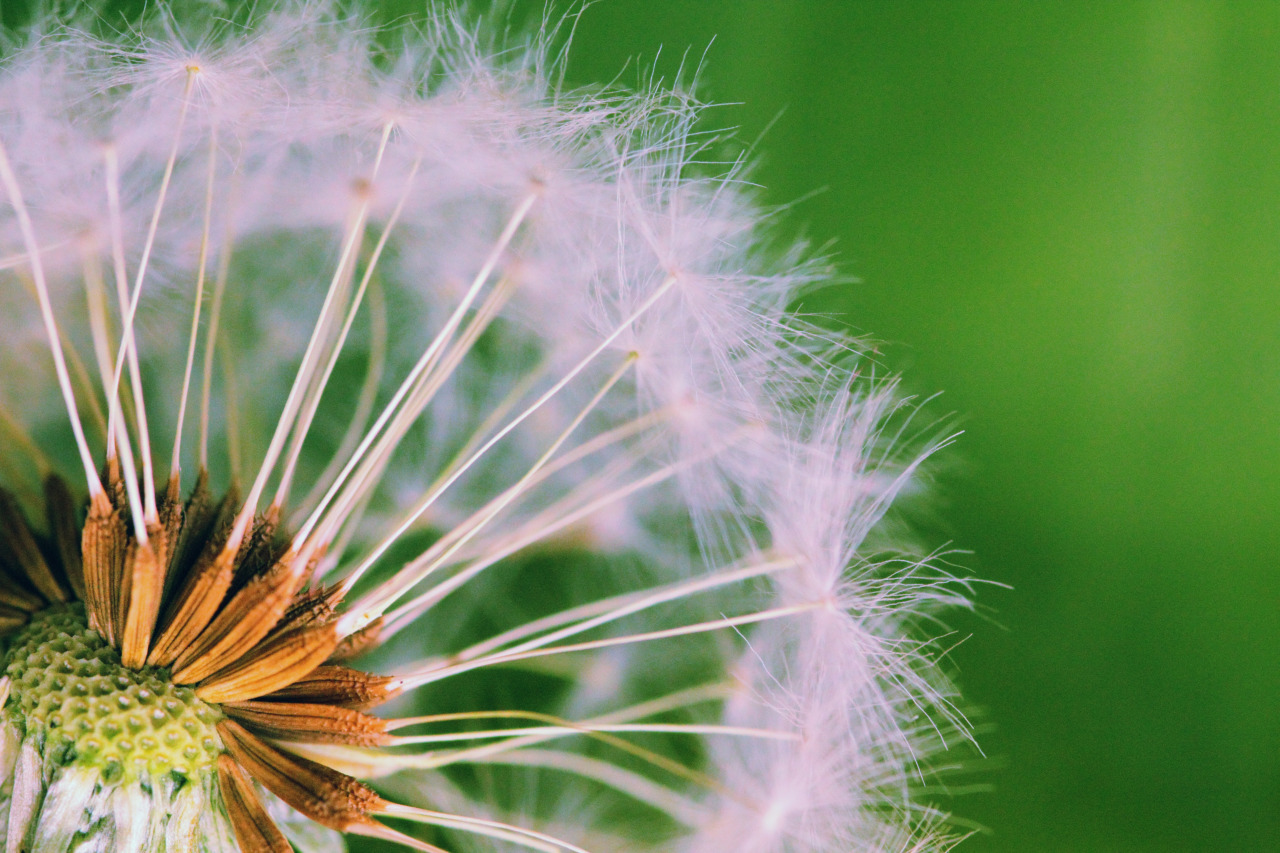 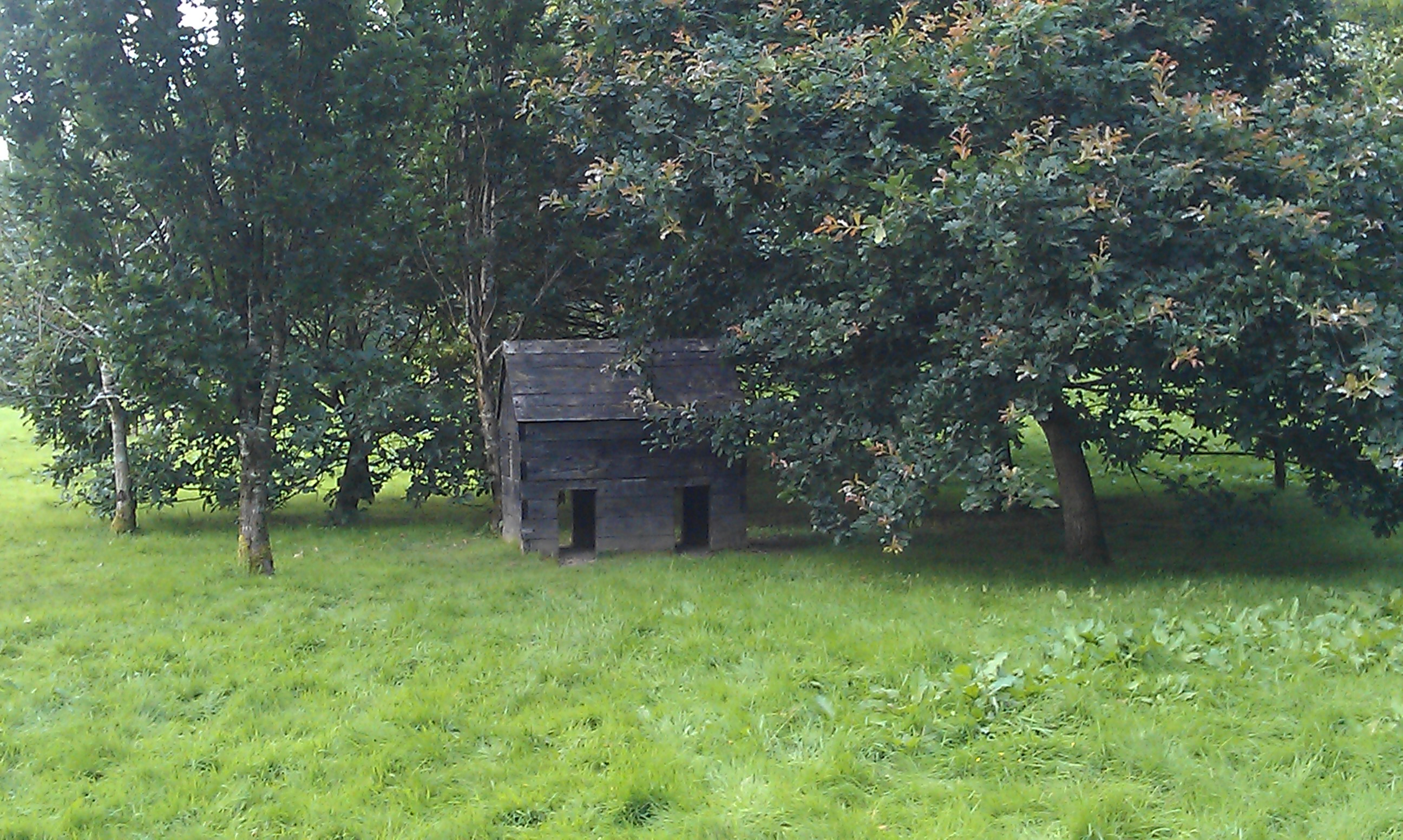 Looking After Your After Divorce or Separation (and all the time in fact!)