Home > Psychology and Emotions > Your Story

by julieleoni 21 August 2016
Psychology and Emotions

Autobiography is the art of telling your story, of fictionalizing the truth, because the very act of writing means we are putting experiences into words, sentences and paragraphs and not all experience fits so neatly into such structures.

I’ve been interviewing women who have lived with domestic abuse; I’ve basically just asked them to tell me their story.  Nearly all of them find it tricky to create an accurate chronological narrative as they talk and this is no surprise as the experience of trauma affects the way our memory recalls the events. Indeed, the more traumatic the domestic abuse, the more chaotic the narratives.

And yet, for them all, telling the story has been powerful. Some of the women have found it disturbing in that they have thought about long forgotten and painful events. However many of the interviewees have found it freeing to tell their story, out loud, to a listener, all in one go.  Some of them have felt ‘better’, ‘lighter’ and less controlled by the events they have described.

So why is that?  Surely living through the events is enough without having to recount them?

The Stories We Tell

Kids know the power of telling their story.  How often have you seen children who have fallen out demand to tell their side of the story?  They have to be heard, and if they are not heard there are feelings of injustice, anger and sadness.

Our legal system is built around the telling of stories.  The defendant has their story and the prosecutor theirs and the job of the court is to decide which narrative has the most truth in it.

The Truth and Reconciliation Commission in South Africa provided a forum for people to tell their story and to be heard.

People write diaries to tell their story to themselves. We post on Facebook and Twitter to share moments of our story, some of us even still write letters with episodes of our lives sent to another.

Our media tells stories of lack, of threat of destruction, of celebrities and face lifts and lottery winners.

Our economists and business leaders create narratives of competition, scarcity and targets.

Our politician tell us stories about the NHS, immigration, job creation.

The world’s religions are based on the stories they tell about the nature of the world and the people in it and since human had fire and speech, stories have been told for education and entertainment.

Be wary of which stories you believe.

I read The Ego Trick when we were away (not an easy read.  See below).  Julian Baginni explors where our sense of self comes from and whether it remains constant over time.  He one by one knocks down biology, psychology, society, religion as repositories of our ‘self’ and comes up with the idea that our sense of self is made up of bundles of all of these aspects of experience.

However, what came up for me as I read his book was how important to out identity the stories we tell about ourselves are.

All of the women I have interviewed have been out of their abusive relationships for a long time as the stories they have told are of victory and survival.  They have made choices since those relationships which have meant that their lives have gone on to get better and better and so rightly their stories of abuse all had an upward trajectory in terms of success and happiness.

Aaron Beck and Albert Ellis the fathers of cognitive therapy understood the power of the stories we tell about our self and our life.  If we tell our self we are useless and life is awful and people can’t be trusted and the future looks bleak then we will very soon create misery and possibly depression for ourselves.

However, if we hit a problem but tell our self that we can solve it, that there will be a way around it, that we are OK, that this is just a bump, that life is good, then we will be more resilient and less prone to anxiety and depression.

If we wake up every morning glad to be alive, choosing to focus on what we have to look forward to, grateful for our warm bed, our breakfast, our family, our health, then when we hit that bump it’s going to feel a lot smaller; just a small hurdle in an otherwise good enough life.

For the women I have interviewed, telling their story has been powerful. They have been able to take control of the events by narrating them, by curating them, by wording them and by making meaning of them.

Viktor Frankl survived the concentration camps of Nazi Germany to come out and create logotherapy; therapy which helps clients find meaning and purpose to the world because Frankl’s experience was that if you can create meaning out of what is happening, then you can control that meaning, own that meaning even when everything else is out of your control.

But chose your meaning wisely, because Primo Levi, who also survived the camps, went on to kill himself as the meaning he made of the camps was that below the surface of civilization we are all murderous, brutal beasts.

None of us can control the events that life throws at us but we can all chose the story that we tell about the events.  When My first love died I remember really clearly the moment I realized I had a choice.  I could chose to be mortally hurt by his death and shut down and never love again or I could chose to learn from it.  I chose the latter and I have a story to tell about his death which is worthy of him, and of me and my life.

You get to tell your own story, tell a meaningful one which gives your life purpose, compassion and connection.

If you, or anyone you know has lived with domestic abuse or violence and would like to tell me your story confidentially please email julie@julieleoni.com. 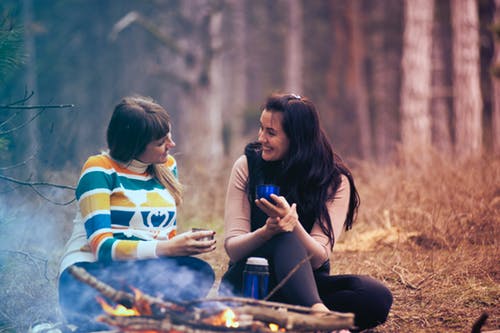 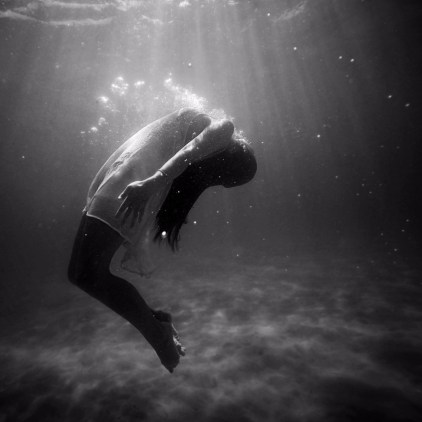 Today I have felt sad all day 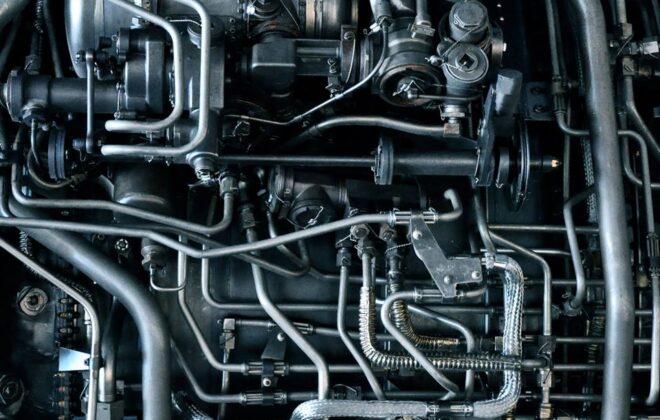