Home > Thinking Differently > and so the myths crumble… 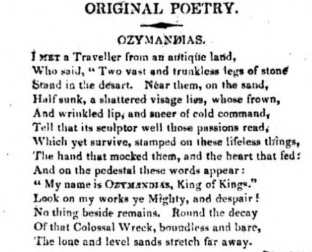 and so the myths crumble…

I did really badly in my A’ levels.  Why I ever did  French (E) and German (D) is another story, but English I loved and did well in.  Not well enough to go to a university like many of my grammar school friends, but the then Sunderland Poly, now university.

There was a myth at that time, that unless you got into a ‘good’ university, your life was over.  It wasn’t. But I believed the myth until I started the course.

The thing is with myths is that we believe them to be true until they are proved  to be false.  Until that time we don’t even see them as myths, we hold them to be true, because the myth has been passed from mouth to mouth and swallowed whole.

What Barthes (who yes I studied in Sunderland) means here is that rather than seeing myths as social and political constructs, we see them as givens, facts, natural, true.

And aren’t the myths tumbling at this time?  It brought to mind another of my Sunderland influences:

I met a traveller from an antique land,
Who said—“Two vast and trunkless legs of stone
Stand in the desert. . . . Near them, on the sand,
Half sunk a shattered visage lies, whose frown,
And wrinkled lip, and sneer of cold command,
Tell that its sculptor well those passions read
Which yet survive, stamped on these lifeless things,
The hand that mocked them, and the heart that fed;
And on the pedestal, these words appear:
My name is Ozymandias, King of Kings;
Look on my Works, ye Mighty, and despair!
Nothing beside remains. Round the decay
Of that colossal Wreck, boundless and bare
The lone and level sands stretch far away.”

Ozymandias, King of Kings lies as dust, the myth of his sovereignty has died.

And how the myths fall

And at this time I watch as the myths tumble.  I was sold the myth that GCSE (or O’levels in my case)  and  A’ levels were crucial to my life. So have subsequent generations.  Schools have been monitored and squashed and turned into exam factories and now crash, no GCSEs, no A’ levels.  Wiped away. Not important.  Not necessary; we’re going to trust the teachers (gasp!).

And Ofsted, so powerful, the sword of Damocles without which schools would slouch and slack, gone in one fell swoop whilst schools get on with doing what they have always done, knowing their own children better than anyone.

The small personal myths; the ‘I can’t go to work without my coffee, from X coffee bar’, the ‘I have to get my nails done’, all crumbled and gone.

The work myths about ‘This is how we do it round here,’ the ‘my way or the high way’s, the ‘..because we always have’ are shredded on dusty, office floors.

The health service, under funded, inveigled by  privatization because it was seen as baggy and dysfunctional, is now newly mythologized: heroes, saviours, people saving lives (which they have always done in spite of all the bad press and funding cuts).

I wonder how the myths of capitalism, the economy, economic growth will fare as we watch loved ones sicken and some die.

What of ambition when we are all sent home to work or furloughed like a horse to hay?

What of the way that family has been pushed aside, only worthy of ‘quality time’, in exchange for the god of work?  How many people I wonder are vomiting up the lie that work comes first.

What about the myth about the necessity of the daily commute, the need to sit in traffic jams to earn our keep when after all it turns out that we can mostly do the same from our kitchen table.  And so too the necessary business trips, the international symposium now adequately sucked into screens.

What about the myth of linear progress?  Life getting better and better, an upwards trend, now usurped by a, more sinister, not so standard distribution curve.

What about the myth of individualism, that we all just need to look after number one.  And yet now we are all reliant on our neighbours, our friends, our families.  This virus has jumped from person to person, connecting us all and for ever more shattering the illusion of isolation and divisibility.

The myth of abundance was scattered amongst toilet rolls, the supermarket queues, the things the shelves don’t have so we can’t take home.  I remember food running out when I was growing up in the 70s but so few people now have had that experience, and those who do, we dismiss as not like us, but instead the homeless and the poor.  But now like us. Yes we too are having to go without, are worried about if there will be more.

And the ‘poor’ and the ‘at risk’ the ‘vulnerable’ have finally made appearances in our ‘be strong’ cultural narrative, albeit as footnotes.  The myth of a just and equal society for all, cracking under the strain.

The myth of what matters; money, cars, success are of little use now we are all at home, with only our self and those closes to us to impress.

The myth of consumerism, that having more, buying more, brings us happiness.

The myth that it takes a long time to change the world.  Our environmental targets stretching forward decades in spite of imminent global tragedy and yet now we see that change can happen in weeks and the world begins to heal.

The myth that we are invincible.  That if we stay strong and fit and well, death will wait for us until we are old.  Infant mortality, maternal death in childbirth, measles, TB are all just ghosts to many generations and now we see how frail we are, how random death is.

The myth that humans are in charge with all our technology and money has been washed away by floods, burned by fires and diseased by ills.  Nature has reared its head and put us back in our very small place.

And perhaps the biggest myth to fall is that life is safe.

And oh the myths needed to fall, they needed to be seen, the emperor really was naked after all.

Will we try to resurrect them, is it even possible to rebuild Ozymandias out of dust.

Or will we, each and every one of us, reconstruct a new narrative, one which when we look back, if we are so lucky as to live that long, we can say to those who survived this with us, or came after; ‘It was an awful time, but from the ashes grew this phoenix, a new way of living, a new way of seeing the world that we all, globally, personally, are proud of’ .

For as W. B. Yeats wrote in The Second Coming;

Turning and turning in the widening gyre

The falcon cannot hear the falconer;

Mere anarchy is loosed upon the world,

The blood-dimmed tide is loosed, and everywhere

The ceremony of innocence is drowned;

The best lack all conviction, while the worst

Are full of passionate intensity.

Surely some revelation is at hand;

Surely the Second Coming is at hand.

The Second Coming! Hardly are those words out

When a vast image out of Spiritus Mundi

Troubles my sight: somewhere in sands of the desert

A shape with lion body and the head of a man,

A gaze blank and pitiless as the sun,

Is moving its slow thighs, while all about it

The darkness drops again; but now I know

That twenty centuries of stony sleep

Were vexed to nightmare by a rocking cradle,

And what rough beast, its hour come round at last,

Slouches towards Bethlehem to be born?

Except I don’t believe that there is a saviour, a Christ. 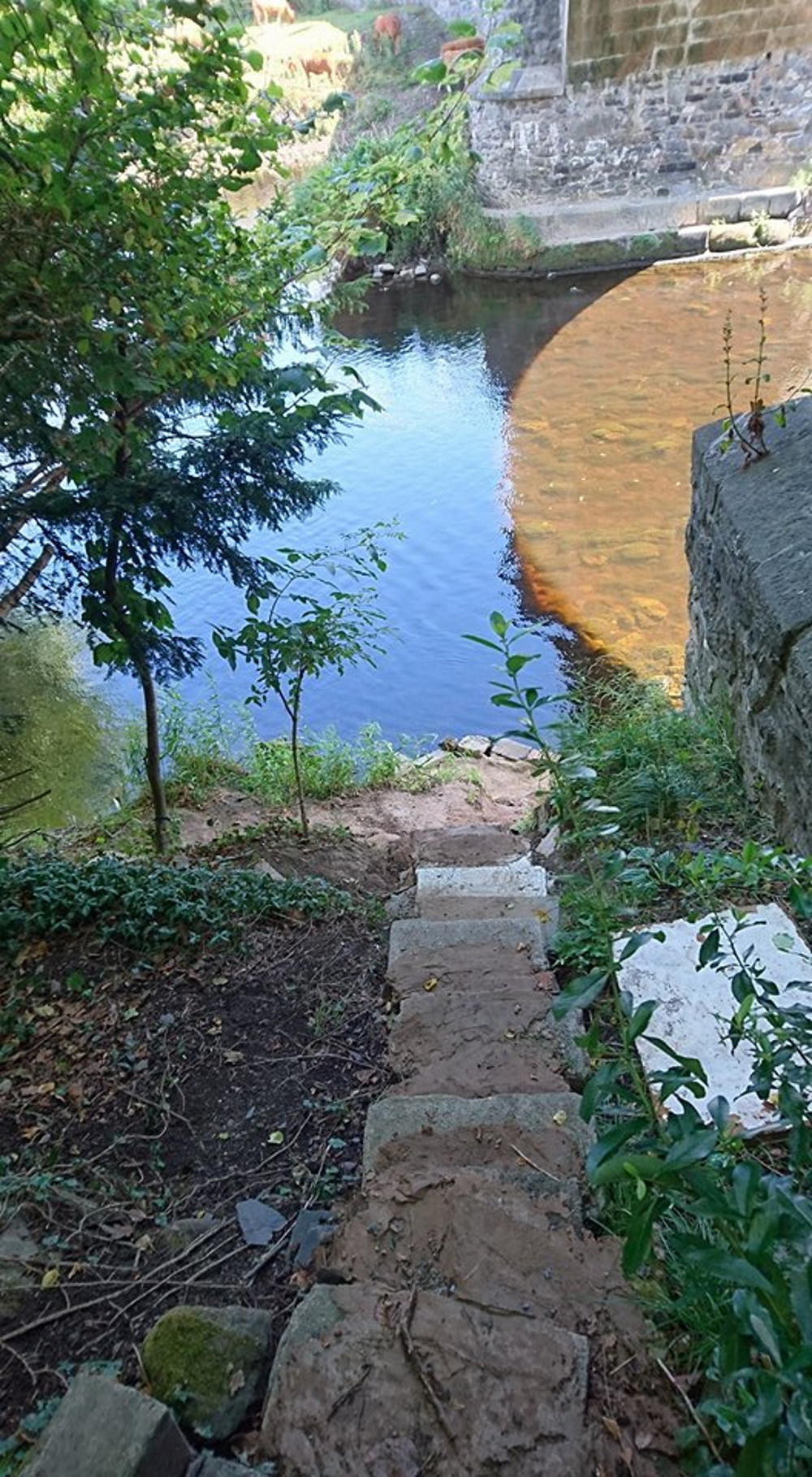 One Step at a Time 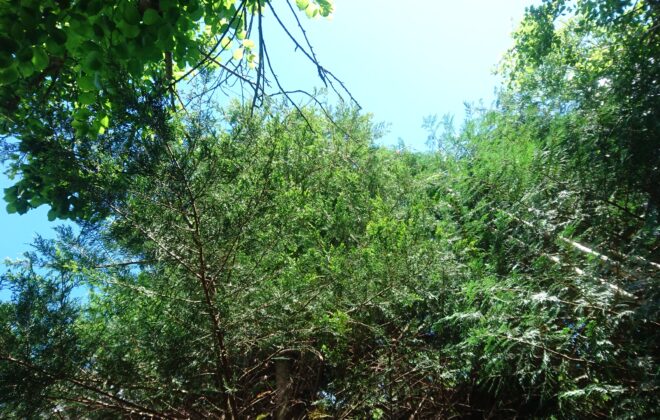