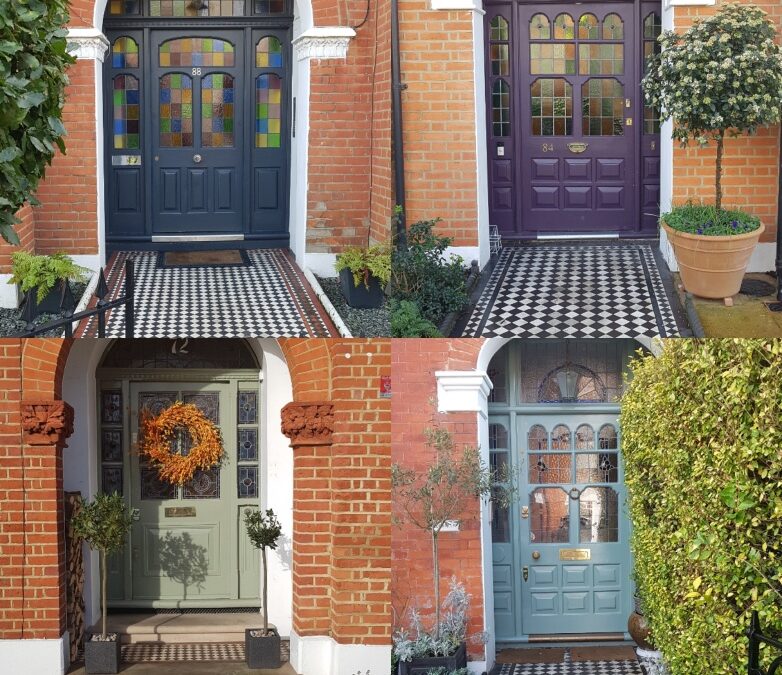 Sharon Green and I went to Sunderland Poly to do English at the tail end of the 80s and then for a large part of our adult life lost touch with each other, not out of malice, just life.  Facebook reconnected us and so we followed each other from afar, then Sharon announced she was leaving the platform so we swopped numbers, then WhatsApp voice messages, then finally we spoke and captured the conversation on my podcast.

During the lockdowns Sharon, confined, like the rest of us, to her locality, started to take photos of the doors she passed on her daily walks around London.  When I suggested to Sharon that she might like to talk about her doors on the podcast, she laughed as it seemed like a silly thing, but actually the conversation we had was anything but. 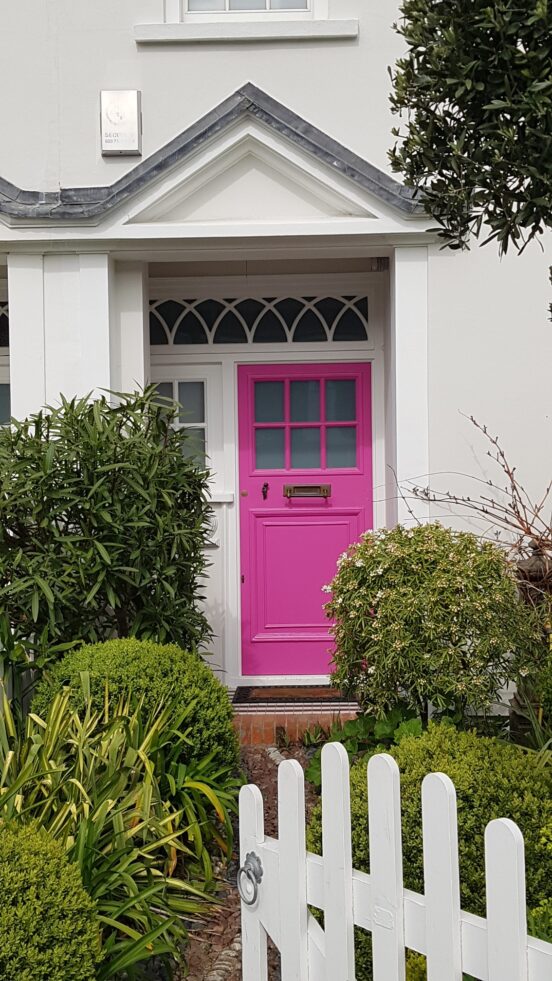 Walking around London during the pandemic and after George Flloyd’s murder got Sharon thinking about what was going on behind closed doors; which children were safe, with access to support and technology, which were hungry, as Rashford’s campaign so clearly flagged up. 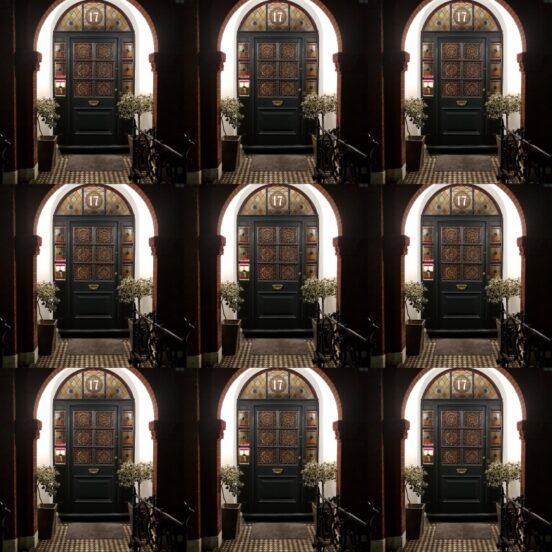 As an HR consultant the doors allowed her to focus her thinking about which doors are open and shut and to whom.  Both Sharon and I got into Sunderland by the skin of our teeth and at the time, as a North Eastern Poly, there were many people who looked down on it as an undergraduate location.  But for both of us it opened doors, to both of us to higher education and careers. 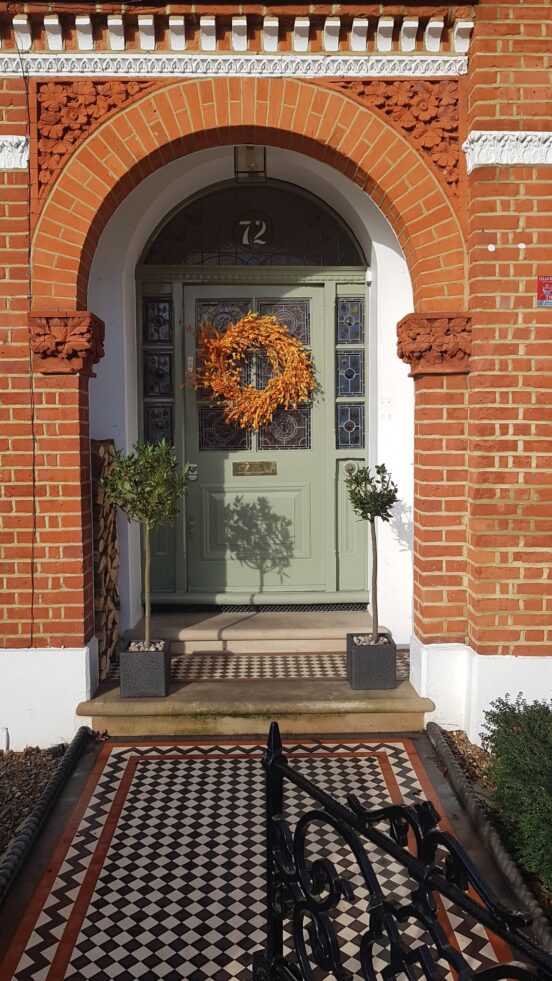 As my eldest son applies for student loans which will saddle him with decades of debt, I look back on my full grant, the housing benefit I got and I am so grateful.  Without that state help even the doors of a poly would have been shut to me, there was just no my family could have afforded it and the idea of huge debt was just something which would not have been countenanced.

Where do you even begin if every door is shut to  you?

We didn’t get to any fix-all answers in the conversation but three themes stood out as one of the ways to open doors for all: 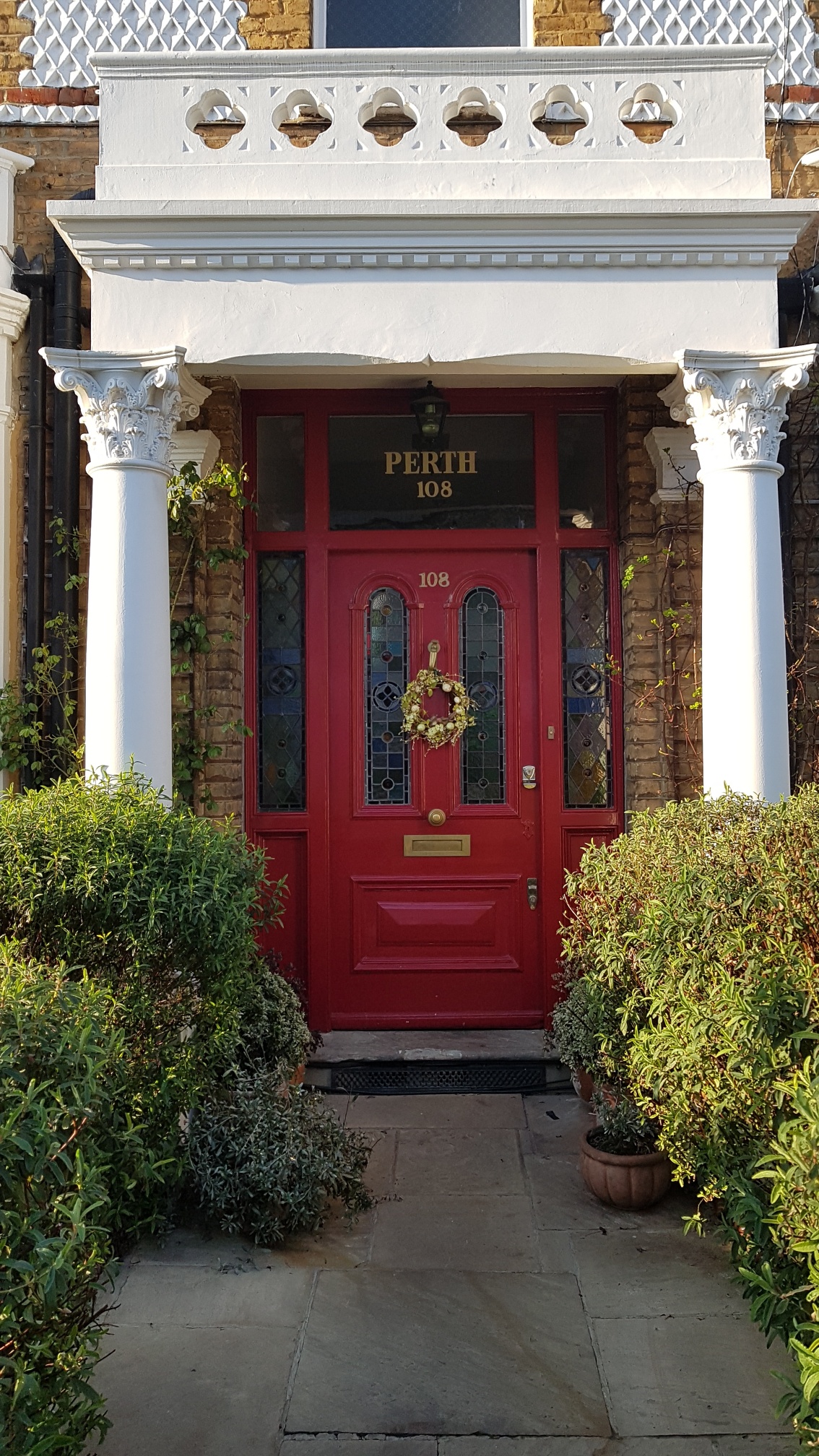 What goes on behind closed doors?  How do we open doors?  What assumptions do we make?  A simple conversation about Sharon’s photographs of doors takes us into community, connection, creativity and the big issues that as a world we are grappling with.

To work with me get in touch through my site.  I have also produced lots of online materials (some of which are free) to suppport you.
Sharon Green Chartered Fellow CIPD, MA (HRM), Post Grad Dip. BA (Hons) is a trained coach, project and programme manager and professional interim consultant. Sharon founded Chiara Consultancy over 15 years ago following a successful, cross sector career as a project, people and change management specialist. Her consultancy helps clients, change, innovate and maximise the power of their people.
Sharon works with clients from start ups to global corporates and specialises in people change projects, from large scale transformations to smaller scale initiatives that require technology, comms and engagement skills.
As well as doors, Sharon’s other passion project and side hustle is running a global Linked In community of over 1380 independent people consultants, coaches and interims, the HR Interim Networking Group. In the spirit of #payitforward this group shares leads, good practice, support and collaborates.
Twitter handle: SharonGChiara  https://twitter.com/SharonGChiara
Instagram also SharonGChiara
Linked In www.linkedin.com/in/sharongreenchiara
Website http://chiaraconsultancy.co.uk/

Finding the Shaman Inside 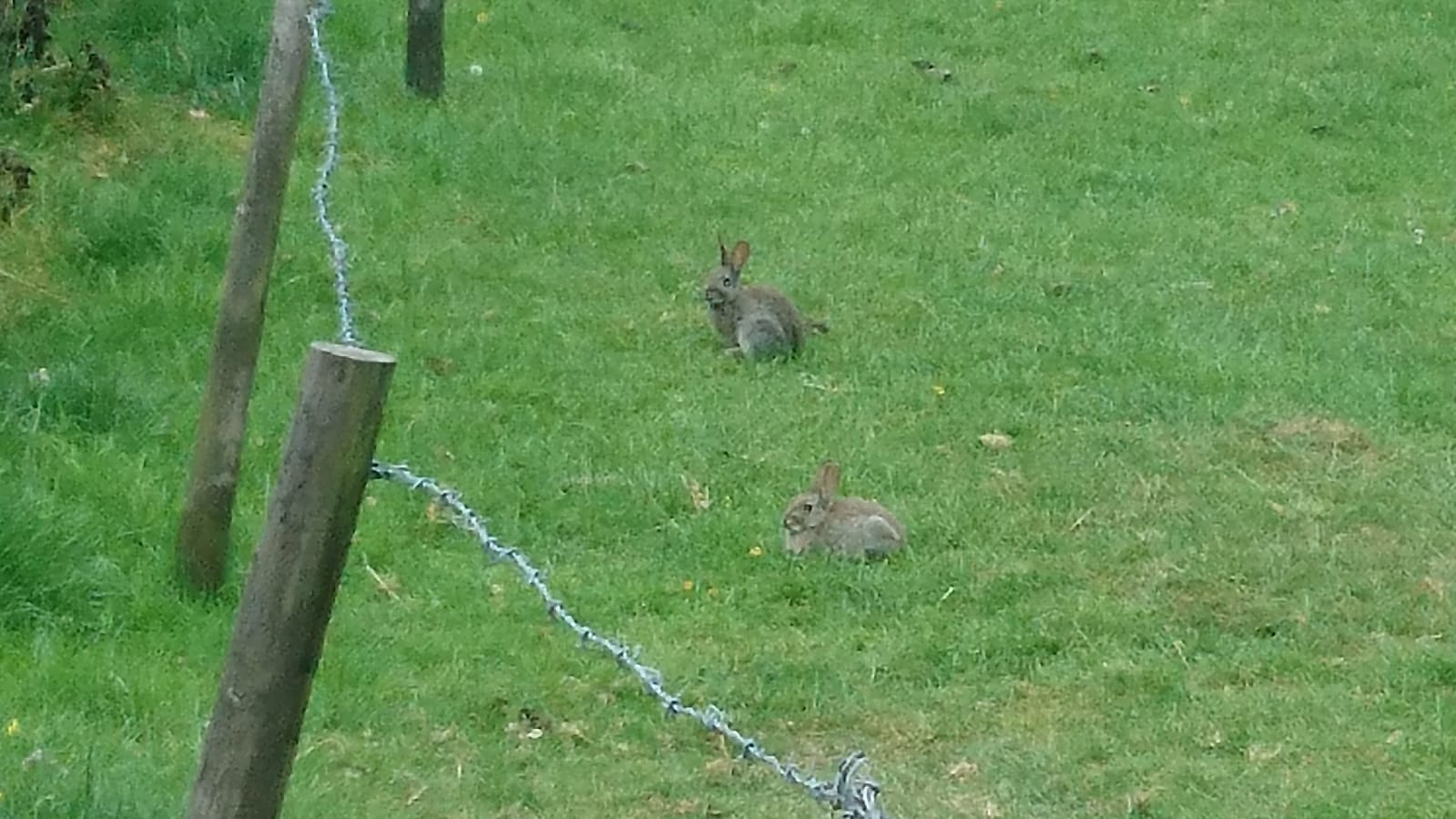 Falling in love with the earth 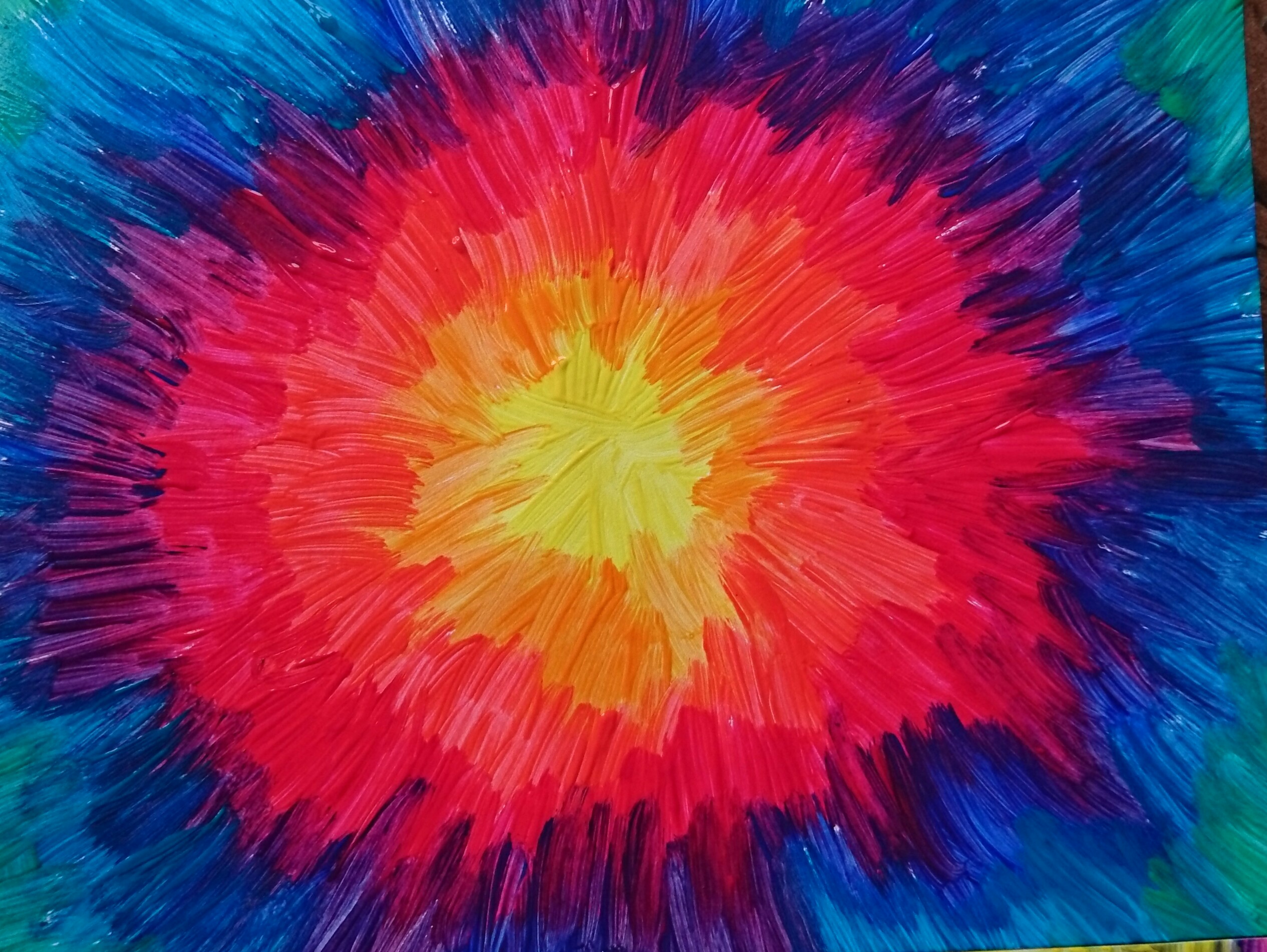 Music of our lives