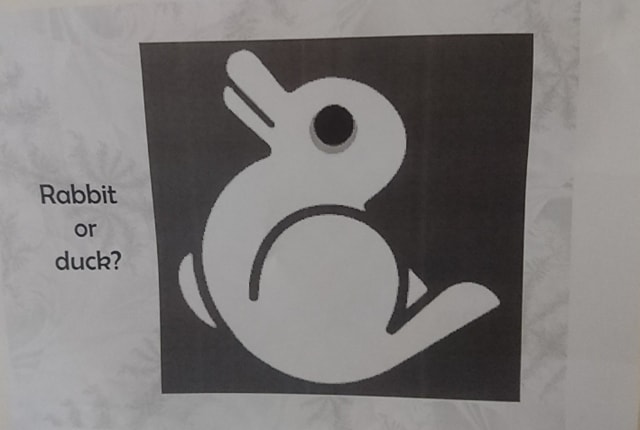 What we observe changes

I mentor student teachers who get observed endlessly in their training and this week, as a teacher, I’ve had two formal observations, one for psychology A level lesson and one for my final yoga assessment.  Both went OK. The observations were both carried out by people I like and trust so to that extent, they weren’t stressful.

However, the thought of being observed was.  Teaching anything, whether it is yoga or psychology is an act of being publicly seen, on display, at the center of things and whilst I must like it to some extent, as I’ve been doing it so long, there is something very different about teaching a class to the participants or the students, who I see regularly and having someone from the outside looking in.

In both of my observations the students, of course, also knew they were being observed.  They are all lovely, willing, able and good-humoured students who went the extra mile when the observer was in the room and I was very grateful for their generosity, support and goodwill.

The time I ‘failed’

However, I have, in the past, been observed with a class who were not so willing, with whom I didn’t have a relationship, teaching something I wasn’t confident in and it was a nightmare.  I knew I was struggling, that I didn’t fit that role and the class knew they were being watched and took it as an opportunity to really accelerate some of the shenanigans they were up to.  I ‘failed’ the observation and was put on competency proceedings with 6 weeks to turn things around.

I’d been teaching for around 20 years at that point and the experience was devastating and completely knocked my confidence.  I felt like my career was at risk, and of course my livelihood which suddenly has all sorts of implications for the family.

The union got involved and more support was put in place and I stepped out of teaching that particular age group and subject by dropping the hours I taught.  At the time if felt like cutting off the rotting branch to save the tree; yes a drop in money, but at least I kept my job, my self-esteem and my sanity.

Since then, observations have become much more supportive and humane, but there will always tension when having someone come and watch something from the outside with boxes to tick.

We change what we observe

I have taught research skills at Masters level as well as for A level and we discuss the advantages and disadvantages of observation as a data collection tool.  If observation is covert, or undercover there are huge ethical implications and the participants can’t consent (see the debate about human rights and CCTV cameras).

However, if someone knows they are being observed they change their behaviour; this is called ‘demand characteristics’, i.e. they present a front which they think will be the most acceptable to those observing.  So, the observer doesn’t see the real thing, but a display, or a performance.  As my youngest and sometimes cynical son said after going to a potential school open evening ‘I bet the school isn’t really that fun’.  Anyone who has ever been involved in an open evening will know how right he was.

In physics the ‘observer effect’ is the theory that merely observing something changes it. Young’s double split experiment in particle physics found that a beam of electrons was affected by being observed.

Social media is all about observer effect and demand characteristics.  When we post something, we know and hope it will be observed and so we curate what we put out there which is why we see posts of happy families doing amazing things rather than tired, frazzled families snapping at each other and arguing over whose turn it is to put the bin out.

Then the young and the vulnerable and the influenceable mistake those images for reality and find themselves falling short.  They fail to see the construction behind the images and instead try to re-construct themselves to fit, therein creating a gap between who they really are and the false self they present to the world.

It is this gap which causes pain, the gap between who we are and who we think we should be.  It is the gap I fell into in the ‘failed’ lesson observation and in my ‘failed’ marriage.  I didn’t live up to my own expectations, and felt ashamed even though I hadn’t check out how real the measures were that I judged myself against.

Man sees what he wants to see and disregards the rest

There is no such thing as neutral observation; we select who to focus on, when, what and how.  We bring our own prejudices, experiences, interests into the looking glass and want to see them reflected back at us and we use the tools most likely to clarify that reflection.

The tools we use, influence what we see; if we focus the camera this way, we miss what is going on that way, if we record their conversation, we miss what the others are saying.  When Ofsted come with their tick lists, they are looking for things to tick and therefore don’t focus on things which are not on their list.  We miss what’s not on the list.

The concept of ‘schemas’ comes from cognitive psychology.  Schemas are packets of information which we use as short cuts to understanding the world and they help our brain cope with the masses of information it processes.  So, for example, I have a ‘going to a restaurant’ schema which means I know what to expect; tables, chairs, napkins, formal cutlery, waiters, menus, a choice of courses etc.  I don’t have to re-learn about restaurants every time I go out to eat which is great!

However schemas also mean that we don’t see what we are not expecting to see.  Watch this video and this one and you’ll see what I mean.  As Simon and Garfunkel said ‘Man sees what he wants to see and disregards the rest’.

What do you see when you look at the following images? 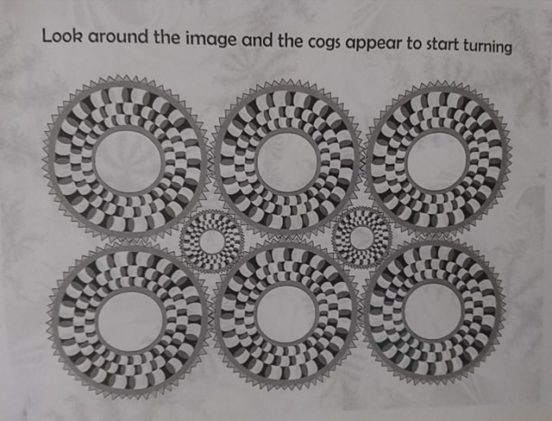 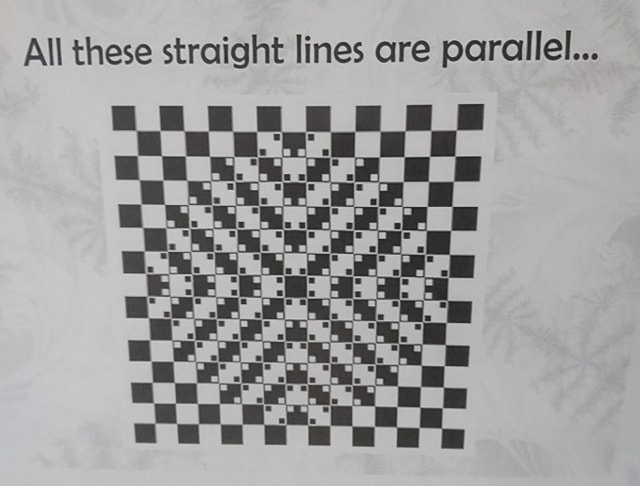 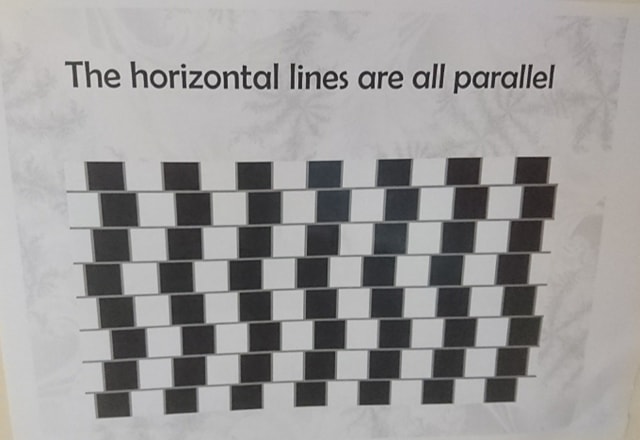 We see the world as we are not as it is.

And yet, and yet, this week I have twice been observed against criteria which were selective and that’s part of my professional life.  So what to do?

Observing from the inside

For me it’s to know the difference between the inside and the outside judgement.  I could listen to and accept both pieces of feedback and see that the development points had value within the framework they were operating.

And yet I also know there was another invisible framework operating which mattered more to me in both; how I felt, how those in the classes felt, how good they felt about themselves, how they felt they progressed and achieved, how their self esteem was, how much fun they had, how they laughed, how they connected with each other and me.  All of which is invisible, in the ether, too hard to measure, too subjective to see.  But we all know how that stuff feels don’t we?

So I do post on Facebook, I’ll be putting that blog there soon.  And of course, there is an element of curation to it, I have focused on observations and not on blackberry picking, or supervision, or the yoga class I am a student in, or the book I read.  I want you to know whilst everything that I have written is true for me today, it is my experience, my perspective and to know more you’d have to ask the people who were in those lessons with me.

Any maybe this is what matters more than external observation, maybe it is our capacity to reflect on and observe ourselves which is where the real growth comes.  It is only when I sit with my own mind in meditation that I see what it’s up to.  It is only when I tune into my own body in yoga when I feel where I am holding tension and dis-ease.  It is only when I reflect on my relationships when I fully own up to my part of what’s going on.

So maybe we instead of judging performance through external indicators, we should be teaching people how to tune in and observe ourselves, how to pay attention to how our behaviours make us feel, how our thoughts make us react, how our feelings affect how we relate and what we do.  How to close the gap between who we think we should be and who we actually are. How to observe ourselves with compassion, with kindness, with respect and to be curious about what is going on for us. Because I know when I’ve delivered and good lesson and when I haven’t.  I know when I’ve been a bitch and when I haven’t.  I know when I’m in the wrong.  I might not want to own up to it, but I always know.

Because none of us can live up to tick sheets, to Instagram, to the camera looking for the perfect shot but all of us can get to know ourselves and find curiosity and compassion for our stumbling steps towards the people and practitioners we are endeavouring to be.

Resilience Strategies for Coping with Covid from New Zealand 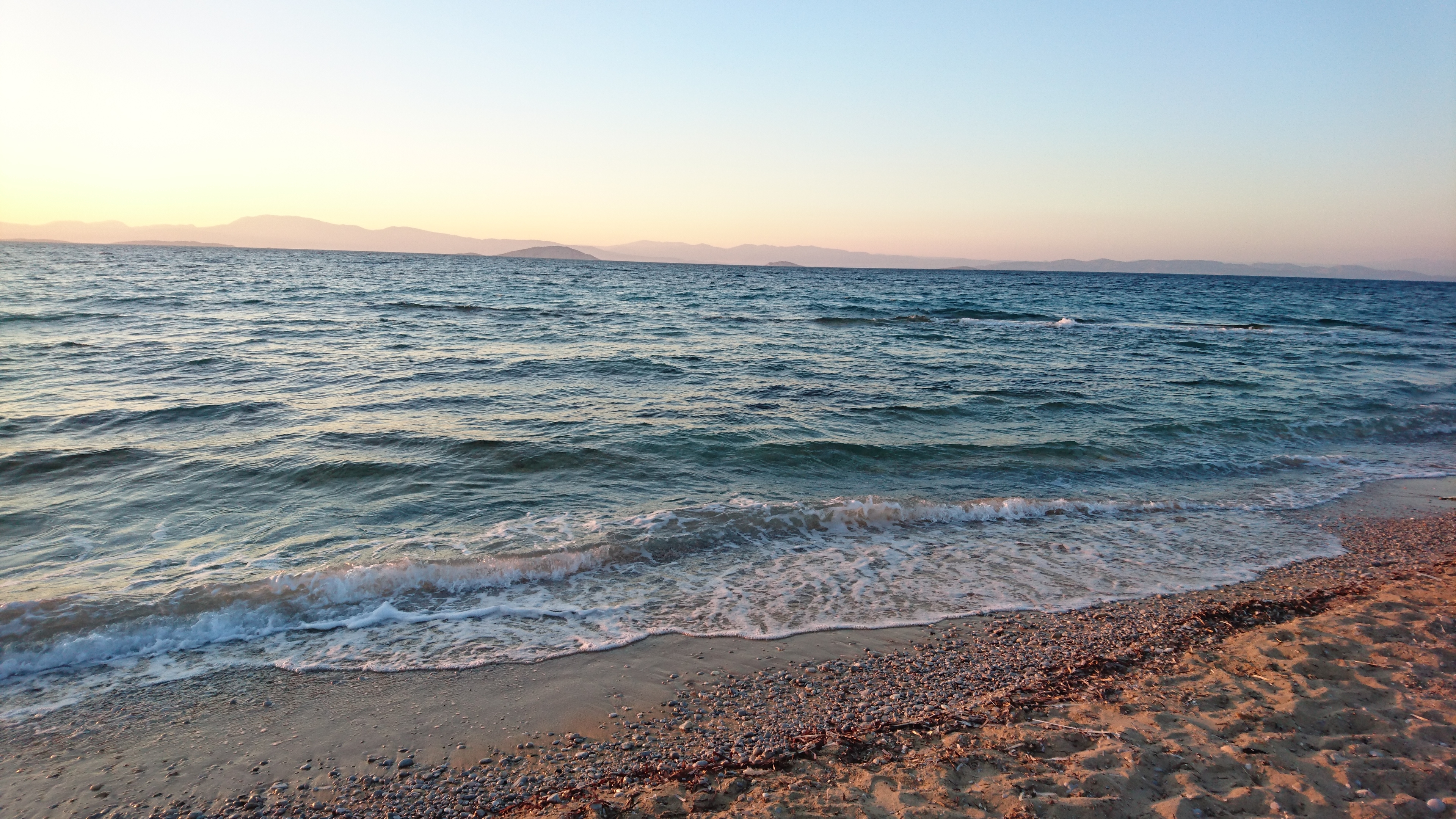 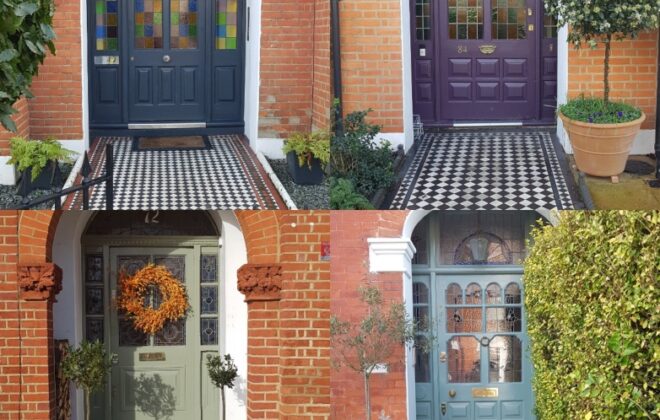